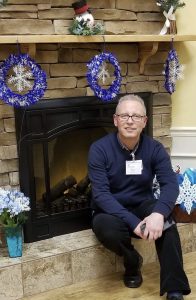 Chaplain Marius Serban M.Div. comes to us all the way from the small town of Urleta, Romania where he was born and raised until he fled the country to study for ministry. He eventually studied and was trained in ministry at Andrews University, then pastored in Pikeville, TN, Knoxville, TN and Athens, TN before he accepted a call to serve in Louisville, KY. Currently, he is a Doctor of Ministry student at the Louisville Seminary. He was trained in Clinical Pastoral Education at Norton Healthcare where he served as a contract Chaplain since 2016.

Chaplain Marius enjoys music of all genres and is gifted with a singing voice. He also likes to watch soccer and finds it refreshing going out running or biking.

His metaphor of ministry is “messenger of hope.” Chaplain Marius loves people as they are and where they are because God loves people unconditionally.